We are proud to have built our Rise Pilates program on the principles of Joseph Pilates.

Improved core strength, stability, posture, balance and flexibility are just a few of the benefits that Pilates provides. Pilates is a gentle but challenging workout that helps create an evenly conditioned body which is great for injury prevention and overall performance. Our goal is to provide a motivating and supportive environment in our classes and individual sessions. We offer both Pilates reformer classes and private sessions with the reformer to give you individual attention and to address your concerns and goals in a private and safe space. In both our classes and private sessions we will teach you specific strategies to manage or prevent injuries and build core strength.

We show you how to harness the power of mindful movement and focus on training all parts of the body to work in unison, increasing your balance, core strength and coordination. 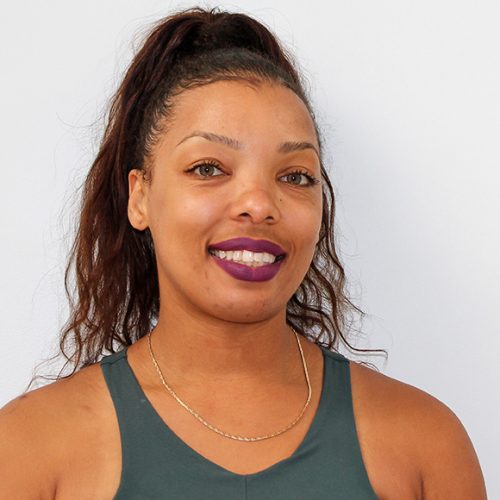 Angella’s desire to challenge her bodies’ physical limitations first started with dance. Then eventually athletics became her passion. Angella was a two sport athlete with collegiate and Olympic dreams. Unfortunately, after tearing her ACL senior year in high school, that road was cut short. Her training and her injury has given her the insight on how to challenge the body and how to patiently deal with injury. She has been a pilates instructor just short of a year. Her classes reflect years of personal training experience, 300 pilate reformer certification hours, experience teaching TRX, and barre. Angella’s style derives from her love of dance and fitness. She looks to improve her students flexibility, core strength and coordination, while building their confidence in their fitness journey. 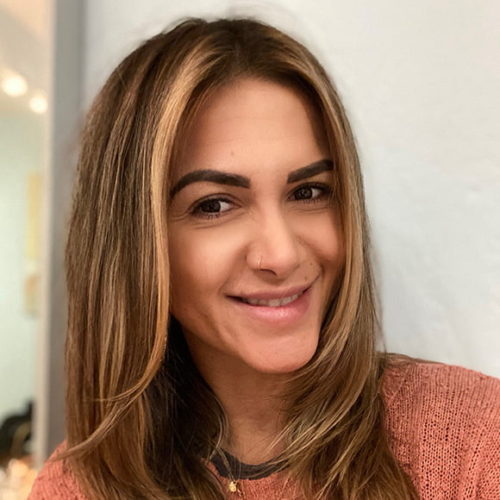 Certified Pilates and Lagree Instructor since 2014 specializing in both group classes and individual one on one training. My favorite part about teaching is the instant gratification I personally feel when I see someone use the cues, techniques and advice I give them in order to feel stronger and healthier overall. There’s nothing like seeing someone have that “aha” moment in class. I’m constantly asking my fellow instructors,physical therapists and industry professionals questions regarding form, muscle composition and use, researching and reading about body mechanics and overall growing as a person who’s both a teacher and a student in this industry. I like to tailor my group classes based on the overall strength and fitness level of the individuals attending but offer both a challenging and modified version of each and every exercise. I believe my strongest attribute as an instructor is my constant love for explanation of each exercise, what muscles were engaging and why along with my hands on approach to it, whether you’re someone who’s a novice or someone who’s a veteran as well . 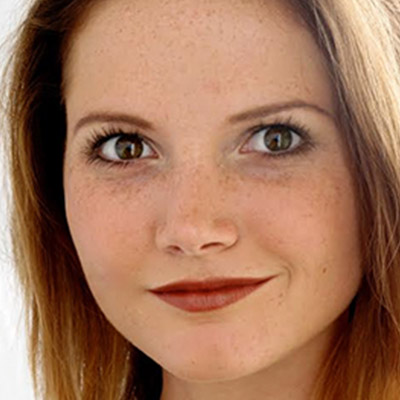 Corie Altaffer is a dancer and choreographer based in the Bay Area. Corie started practicing Pilates in college at the University of California, Irvine where she obtained a BA in Dance. She became certified in the Pilates Reformer in 2016, while living in San Antonio, TX. In 2019, she decided to deepen her knowledge and practice of the Pilates Method and is currently completing a comprehensive certification through Balanced Body at the Ellie Herman Studio in San Francisco.

Corie also teaches Rhythm and Motion Dance classes at the ODC Dance Commons in San Francisco. Corie believes that everyone has the potential to live an informed life in his or her bodies. Movement can spark and inspire sensations, feelings, mindfulness, and a deeper understanding of who we are. She believes the Pilates Method can help us move through life with more ease. 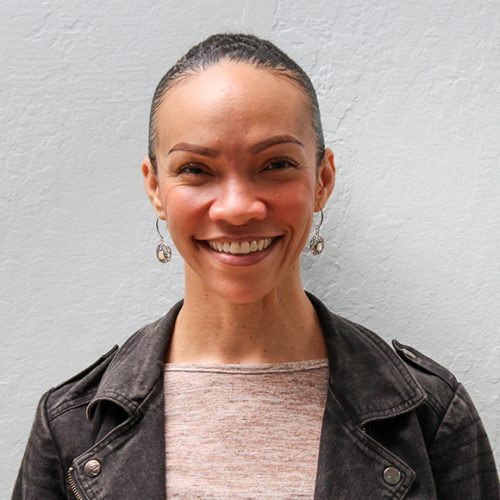 Erika takes a fun, fresh and holistic approach to fitness by integrating multiple disciplines and innovative styles. Her Pilates journey began in 2003 as a way of rehabilitating her body and rebuild foundational strength from sustained injuries in a car accident. It wasn’t until 2011 that official training began leading to certification in All Mat, Reformer, and Apparatus Modules including Springboard. In 2013, she added prenatal and postnatal certification. Erika believes that, together, we can enhance our life experience by supporting and strengthening our mind-body connection, pushing ourselves outside our comfort zone in order to discover new levels of untapped vitality within. 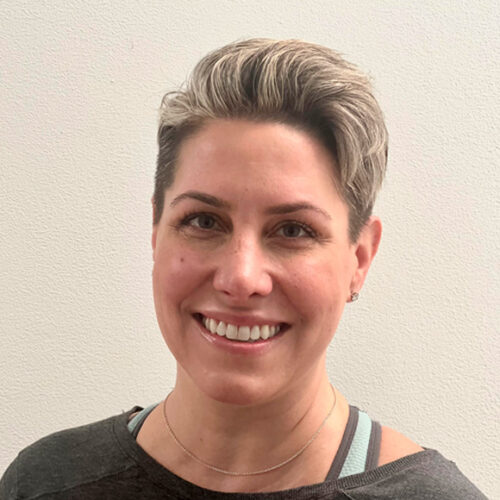 Jean Zartler is a certified Pilates group instructor and Private Pilates trainer. After 17 years of Pilates Mat and Reformer experience and training, Jean has taken her expertise, following her dreams, to become a valued Pilates motivator at RISE. Jean has a passion and desire to elevate her students’ practice through breath work, mind centering and high-intensity cardio Pilates. She brings enthusiasm with encouragement in a way that promote health and well-being through foundational Pilates, with an edge. Get ready to get your body engaged and heart rate up with Jean! 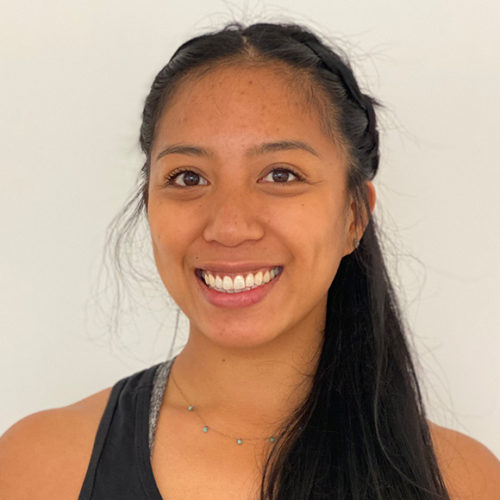 Jessica first discovered her love for yoga and fitness in 2010 after training to be a classical cellist starting at the age of 5. She spent years and even her first year of college training at a conservatory of music in Manhattan, New York, and realized she wanted the experience of not just being the accompaniment to dancers on stage but to embody these movements herself. She came back to the Bay Area where she’d grown up in 2009, took her first yoga class and transferred those years of practice and dedication as a musician into becoming an avid yoga student. Eventually, she yearned for something more than just the physical practice of yoga and so became trained as a registered yoga teacher in 2012. And that was just the beginning. She discovered another exciting path to explore during her college career, which was her love for pilates. It is the way that these movement-based practices incorporate a form of art, healing and discipline that brings deeper awareness and strength, that led her to become a lifelong student of yoga and pilates. She has been teaching yoga since 2014 and became trained in the Power Pilates Mat series in 2019. She has taught classes at studios and community centers in Orange County, as well as a trauma-informed yoga series at her alma maters, the University of Southern California and UC Irvine and at a mental health facility in Burlingame. She has proudly been part of the Rise BodyWorks community since 2019 and carries the same trauma-informed lens and approach in her teaching through the use of language, modifications and safe exploration of exercises in one’s body. When she’s not teaching pilates or yoga, she is deepening her understanding and knowledge of both practices, exploring the greater outdoors and great music, and developing her clinical skills and working as a community-based psychotherapist for youth, with hopes of merging both practices to help others experience a sense of freedom and alignment in both body and mind. 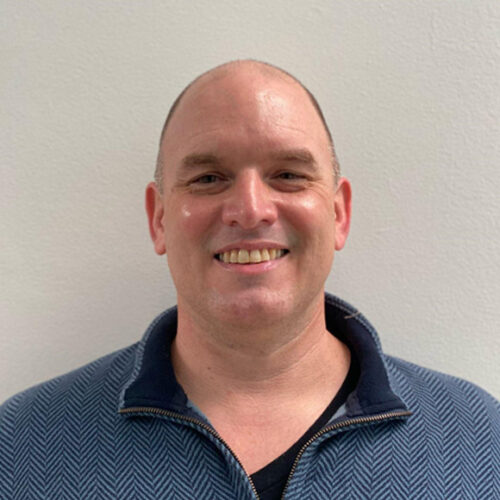 A certified Pilates Instructor, Stacz is passionate about movement, dance, and helping others achieve their goals. As a child, Stacz was diagnosed as hyperactive and created an active lifestyle to help him manage it. His interests range from dance to weightlifting. An enthusiastic, positive practitioner and teacher, he finds Pilates to be one of the most amazing exercise systems. He looks forward to sharing this with you!

Stephanie O’Loughlin is a certified Pilates instructor who teaches group and private Pilates reformer lessons. Passionate about fitness, Stephanie designs her classes to challenge people at their individual levels, by working with them personally to build strength, muscle control, flexibility and balance. She loves combining new Pilates methods with traditional moves, to create fun, but challenging flows for every level.  Stephanie is dedicated to helping her students achieve their fitness goals and loves watching them discover how strong their bodies can become. When not teaching, she can be found taking multiple classes a day at Rise, or playing with Halle!